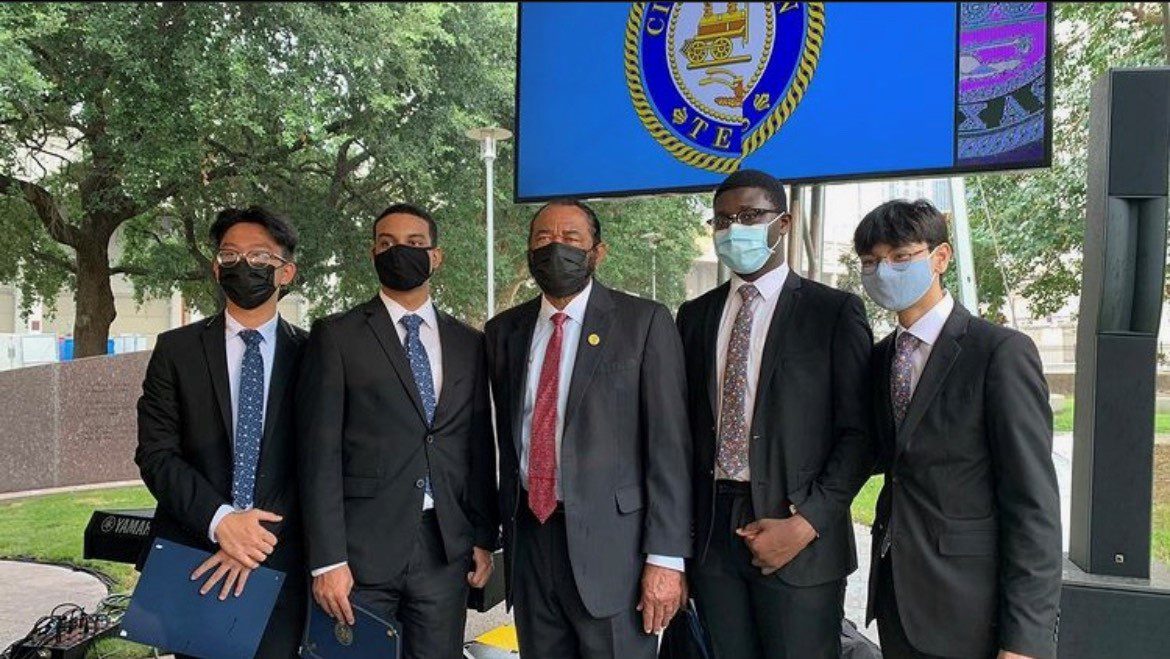 August 23, 2022 – I’ve been involved in forensics since the seventh grade. This fall I’ll be a sophomore in college. Whew– time flies. In retrospect, the seven years of competition were fleeting. I attribute this to the fact that I didn’t really experience much debate success until 2020, my last year of high school. I was always competitive and knew I had what it takes to succeed. The vigor, the vision, the hustle, the talent — I knew I had it.

So, why did it take me so long to reach the top?

It’s a complicated question, but as I began to explore the answer became clear. Since the beginning of my forensics career, my competitors never really looked like me. No teams ever looked like mine. The National Speech & Debate Association (NSDA) circuit I competed on was rampant with elitism that few people acknowledged. Most of those who ignored the problems did so because they aren’t harmed by the monetary boundaries that create dichotomies between wealthier and larger programs.

Expensive debate camps, private school teams, and private coaching quickly weeded out those who can’t afford to keep up – most often, people of color. If it weren’t for the Houston Urban Debate League, I am unsure if I would have ever met another Latinx debater. This makes sense, as many Latinx students are first- or second-generation immigrants that still carry accents in their English — or carry burdens to focus on academics or part-time jobs in order to provide more help to their families. Of course, this isn’t new information. Wealthier, privileged debaters frequently read cards about immigrant struggle and the impact of poverty, social inequities, and critiques of capitalism, while simultaneously doing little to nothing to accommodate those whose struggle is more than just an evidence card – it’s a reality.

My struggle in forensics ended when I was given a chance. At the end of my junior year of high school, my debate coach was able to negotiate scholarships to get me and two of my teammates into the Global Debate Symposium– a prestigious two-week Worlds School Debate camp that typically costs nearly $3,000. It was here that I met Dallas Urban Debate Alliance Director Cindi Timmons and Aaron Timmons, the coach of the USA Debate Team (which is basically like the Olympic team, but for debate). I must have made a good impression on them, because after a rigorous application process to join the USA Debate Team, I received a call from Cindi notifying me that I’ve been accepted as one of the twelve students around the country to join. It was this moment that changed the trajectory of my life.

To some, Team USA was nothing more than a flex for college applications. To me, it was an opportunity to practice the equity I’ve advocated for so long. Throughout the rest of my senior year, I experienced nothing short of success. I met and befriended extraordinarily talented debaters and coaches, all of whom offered a legion of support for me and my team members.

Everything came to a head in June 2021, when I competed at National Speech & Debate Association (NSDA) Nationals under the name “Space City Violet.” The 2021 Nationals was the largest national tournament ever hosted. It was also my final high school tournament and Space City Violet had made the grand finals, Top 2 out of 150 teams. I don’t remember much from the round. I was not very concerned with winning the tournament (although that would have been delightful). Instead, I wanted to send a message. Our debate round was live streamed to hundreds of people, so — for the last speech of my high school career — I did not debate for the full four minutes. Instead, I spent over half of my speech telling the world exactly what I’ve told you here. Inequity exists. And there is little being done about it. I offered a list of solutions and steps that coaches in positions of privilege could take to level the playing field, including offering more financial aid for debate camps, hosting free camps or work weeks, and eliminating tournament fees for under-resourced programs. In the end, we did win the round, making us the 2021 NSDA National Champions– something that before that year seemed unthinkable.

This is the power of increasing debate opportunities. With just one year of coaching and camp resources on par with the wealthiest programs in the country, my teammates and I won Nationals. Today, I am working to extend that opportunity to hundreds more students with backgrounds just like mine. My forensics journey did not end with that speech. That’s why I’ve created the Space City Camp– a fully virtual debate camp that connects students to the talented coaches and competitors I’ve met throughout the years — all at no cost. With Space City Camp, I hope to level the playing field one student at a time. To find the students with the vigor, vision, and hustle, and give them the one thing they’ve been denied – opportunity.

Rodrigo Trujillo is a 2022 White & Case NAUDL Alumni Fellow and an alumni of the Houston Urban Debate League. They are currently attending Bradley University with a double major in Political Science/English and a double minor in Economics and International Studies.