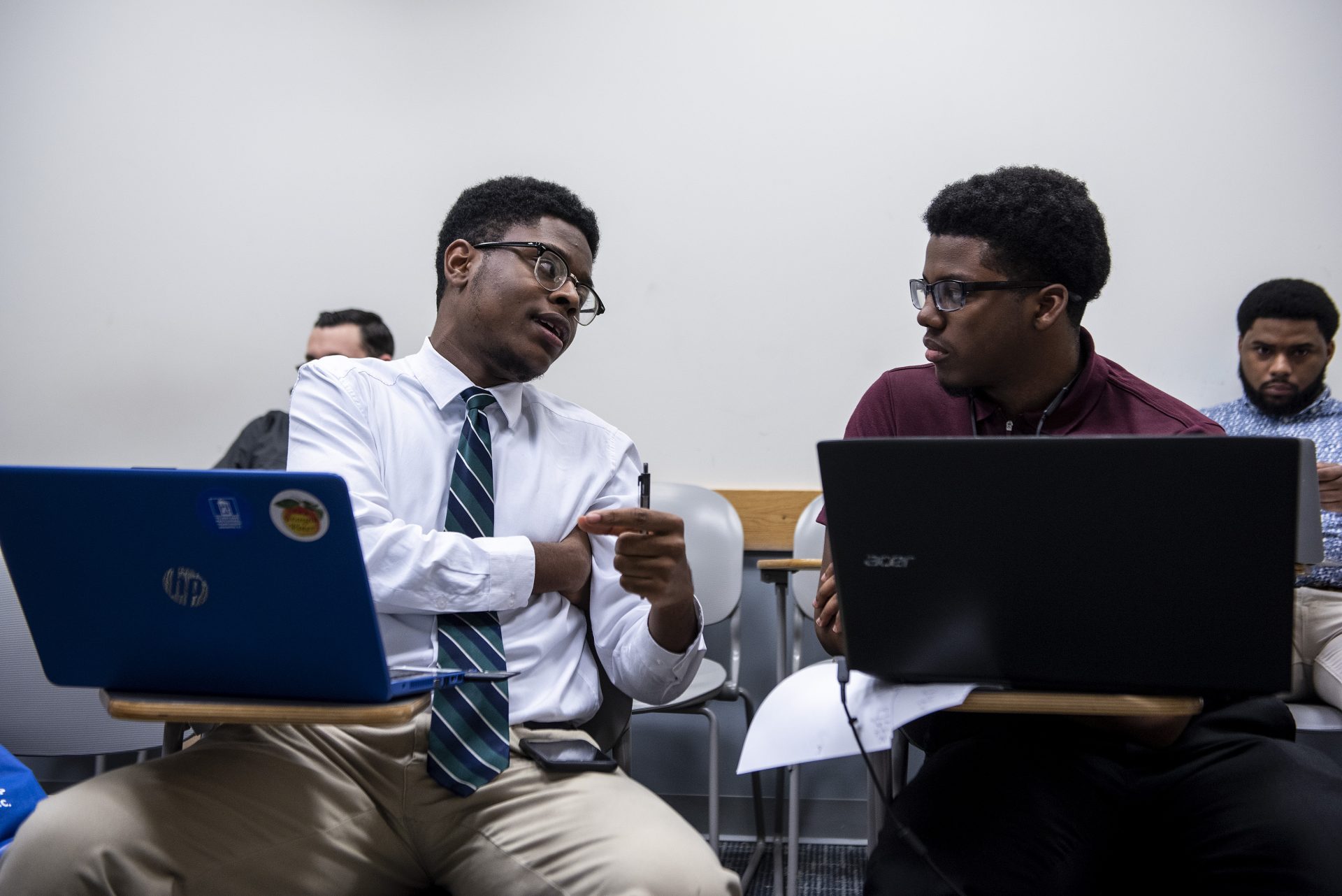 August 30, 2021 – Each summer, the National Federation of State High School Associations (NFHS) facilitates the Policy Debate Topic Selection Meeting to finalize the ballot for the subsequent season’s topic. As a NFHS partner, NAUDL is one of four debate organizations that join state activity associations to vote on the topics placed on the national ballot. In that role, we represent the interests and priorities of the Urban Debate Network and our 22 league partners (some of which also participate in the meeting and may hold the votes for their respective state organizations).

Sara Sanchez, Director of Programs and Communications for NAUDL, serves as NAUDL’s representative at the topic meeting — which, this year, was held August 6-8 in Milwaukee. In the following post, Sara shares her perspective on the experience. Sara has 20 years of debate experience as a competitor, classroom teacher and director of debate programs.

For the last three years, I have had the privilege of representing NAUDL at the annual Policy Debate Topic Selection Meeting.  If you are a coach or administrator in debate and haven’t had the chance to attend the topic meeting, it’s worth taking the time to join for at least a year. It’s a deliberate process that begins a year in advance with a straw poll of possible topics. Teachers and debate coaches then volunteer to research topic areas and write topic papers for the following summer’s meeting. That process takes months of research into controversy areas and possible resolutions. At the end of each summer, we all gather in some city (well, unless it’s 2020, when we gathered on Zoom) over a weekend. Attendees spend the weekend reviewing the work of our colleagues and honing topic wordings to represent the best possible division of ground for cases, all while discussing which topics may speak to students’ interests.

It’s that latter point that I’d like to spend some time on in this post, because for years as a coach, my schedule didn’t allow me to attend the topic meeting. I was always putting the bow on summer debate camp when the time came for the topic meeting and I just couldn’t leave for three days. It was an annual rite of passage to get quizzical looks from students wondering from where these topics came. Who, exactly, thought “non-military exploration and/or development of the Earth’s oceans” was the most pressing policy concern that today’s teenagers could spend an entire year researching? To be honest, I never really had a good answer for them. I mean, as a long-term coach, I knew how the policy debate topic was chosen. I had a pretty good idea who wrote the papers and attended the topic meetings. However, aside from gleaning the arguments from that particular topic paper’s author, I was really just guessing why any particular topic was perceived as a more robust controversy area for a particular year of debates.

The thing is, adults spend a lot of time making decisions for students. Don’t get me wrong, that is often necessary. Curriculum and travel schedules cannot often be crowd-sourced. One of the most difficult parts of being a teacher or running a debate team of any size is taking into account everyone’s interests — and attempting to make group decisions with limited time and resources that will result in the best outcomes for as many people as possible. As a wise coach once told me, it’s virtually impossible to please everyone while running a large program. Oftentimes, having difficult conversations and communicating disappointing news are the most challenging parts of the job.

But in the case of the debate topic, I’ve long suspected that the adults participating in the selection process could do a better job listening to the voices of the students who will devote a year to researching and advocating for the topic. We could also do a better job of incorporating feedback from teachers who will coach the topic, many of whom are busy at debate camp or prepping for the next school year during the topic meeting.

So, it was quite remarkable to hear about the process the Washington Urban Debate League (WUDL) used to guide their topic paper this year. Program Manager Dara Davis explained that, when the league decided to submit a topic paper, they went to their students and asked what they’d like to debate.  This was a simple, and powerful, first step to guide their entire process. The answer came back loud and clear: women’s equality issues. WUDL then turned to their extensive network of volunteers to transform that controversy area into a topic paper. Like all of our leagues, WUDL has a committed group of experts who know the power of debate. Since they are located in the nation’s capital, many of those volunteers have public policy research experience and expertise. The paper they submitted for consideration became a robust gender equality topic that was considered for the final slate of topics at the topic meeting.

Ultimately, the gender equality topic didn’t make it to the final five topics submitted to voting organizations and states to consider this fall. One of the issues that delegates at the meeting found challenging was limiting a discussion of gender equality to foreign policy, as the 2022-23 topic is earmarked for an international subject.  Nonetheless, it was an instructive process, and one I hope more topic authors will use in the future.

As state and organization representatives voted on the final day of the meeting, the following top five topics emerged: Climate Change, Emerging Technologies, Global Health Security, Russia and Treaties. NAUDL has already sent the topic ballot to leagues so that they can begin the process of polling their students and coaches on the possible topics to inform our organization’s ranking this fall. That vote will be added to the other state and organization votes to whittle the list down to two — and the official 2022-23 topic will be announced sometime in January 2022.

Even though gender equality did not wind up on the ballot, WUDL’s approach for developing a topic paper was inspired. I hope there are more student-driven topic papers at next year’s meeting in Kansas City. After all, debate exists for students and what is important to them that should always remain at the forefront.