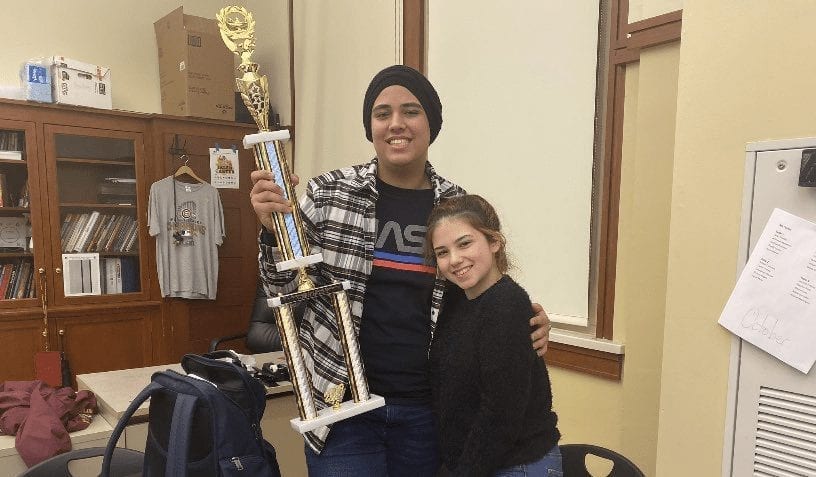 From the time I was born, speech has always been a complicated task. I was a mute until I was four-years-old, and when you don’t have the ability to speak, you never really understand its importance. Looking back, I’d say it is the most important part of human development.

Early on, I went to speech therapy rigorously and was taught by a lovely older lady, Ms. Paris. I only croaked out words like “mom” and “more” in times of desperation. Ms. Paris pulled out various plastic, colorful animals from her large bag and began to phonetically sound out each word, attempting to lure some response from my throat to no avail. My throat continued to choke on my words for quite some time. My mother never understood why I hadn’t spoken by age four. She insistently bought various colorful children’s books over the years, praying I would pick them up and sound out a measly sentence. She pressed me to read the books aloud and put to test what I had gathered from speech therapy. Family photos feature me staring at books intensely, straining to make some sense of things I never understood. Eventually, I began pronouncing the words in a Dr. Seuss book — and it took off from there. From that time forward, I would always be seen with a book in tow. Slowly, as the years progressed, my voice began to develop and emerge from my throat. By the time I was eight, my mother was convinced I was making up for lost time. I seemed to constantly challenge others and question what they believed.

When I was in middle school, I was extremely outgoing and well-spoken in class. My words had impact and I soon realized that my voice meant something in classroom conversations. It became essential to communicating with my teachers and others around me. My voice carried meaning in collaborative discussions — and motivated others to speak or incorporate themselves in the conversations.  By the time I was a freshman, attending an open house for all the clubs and sports it had to offer, it was no surprise that my mother was drawn to a Kennedy Debate sign depicting a politician using their voice to direct an audience. With my mother’s persistence, a week later I was on the team. Competition helped me understand how important it was to communicate with others and, my second tournament of my freshman year, I won my division and was top speaker. However, debate is so much more than trophies — it was a place in which I realized that my voice meant something to others.

For the past four years I have been on the team, I’ve discussed foreign and domestic topics and how the United States policies can save lives in hypothetical situations. In my freshman year, I advocated for eliminating all U.S Ballistic Missile Defense installations in East Asia to halt North Korean nuclearization. On this topic, I felt like a powerful diplomat who discussed the importance of international relations. I used the experience from this topic in other discussions in school and let it magnify my voice in class.  In my sophomore year, I advocated for overturning San Antonio Independent School District v. Rodriguez, which was a court case that claimed that schools funded by property taxes were unconstitutional based on the Fourteenth Amendment. This topic is where I realized I had a sense of political identity, not only in debate, but in the classroom as well. I recognized the parallels between policy debate topics and the conditions of my own environment. This connection motivated me to speak on the issues I had learned about and magnified debate in my life, not only as an extracurricular activity, but how I discovered myself in politics. This created a strong connection between myself in the political systems I learned about; I no longer felt separated from the abstract ideologies I learned about in my government class. Debate increased my connection with political education and gave me an outlet to utilize my voice.

In my junior year, I advocated to give legal permanent residency status to all undocumented citizens in the U.S. This topic became essential in my understanding of my parents’ relationship with the immigration system, and in turn, caused me to speak up more on these topics in the classroom. My motivations in debate changed from shiny pieces of metal to using my voice based on my new sense of political identity. Debate made me realize that no matter the topic, I could speak on it and my voice would be heard and valued in the round. In my senior year, I advocated to end our violent rhetoric around war and begin to look historically on the ways in which war has impacted civilians of other countries. This defined the way I understood war, international relations, and conflict in the classroom. No longer did these become abstract ideologies — they were systems I could contribute to and change.

Debate is an ongoing activity, but our time participating in it as competitors is temporary. Despite winning multiple trophies and speaker awards, it is all just temporary. What is not temporary are the skills gained from being in debate. Debate has shown me how to utilize my voice in a way I could have never done before. Understanding and developing a close relationship with the political systems that unknowingly impact me everyday has motivated me to speak up and use my voice whenever I can. Influencing public policy is something that will always be my end goal and it is a skill I will carry with me from debate.  My years researching social institutions that shape our conceptions in public policy and law did not just improve my competitive record, it made me realize that I could affect others’ decision-making. This began my journey into social activism and directly engaging the political in any areas that I could as a high school student. I knew there was more I could do besides passively researching these topics.

In the summer of my junior year, I canvassed South Shore communities to get an understanding of their conditions and how I could advocate for change in their communities as well. I attended the climate change protests and marched along hundreds of other citizens in downtown Chicago to demand immediate action in response to the current climate crisis. In my senior year I marched along members of the Chicago Teachers Union (CTU), protesting unfair conditions and contracts, motivating a deal to be made with the mayor and CTU. I recently attended Black Lives Matter protests and joined in solidarity against the systemic violence occurring to Black communities. My activism work won’t end here and it’s only the beginning to this life long journey.

My voice will always be used to amplify current issues and I am grateful for the experiences that debate has given me. Although I found my voice before debate, debate taught me how to hone those skills and use them in a proactive way that affects others. The journey to find my voice has been challenging — but I wouldn’t give up this experience for the world, because now I get to utilize it for the rest of my life to impact others. Four-year-old me would have never pictured the progress 18-year-old me has made.