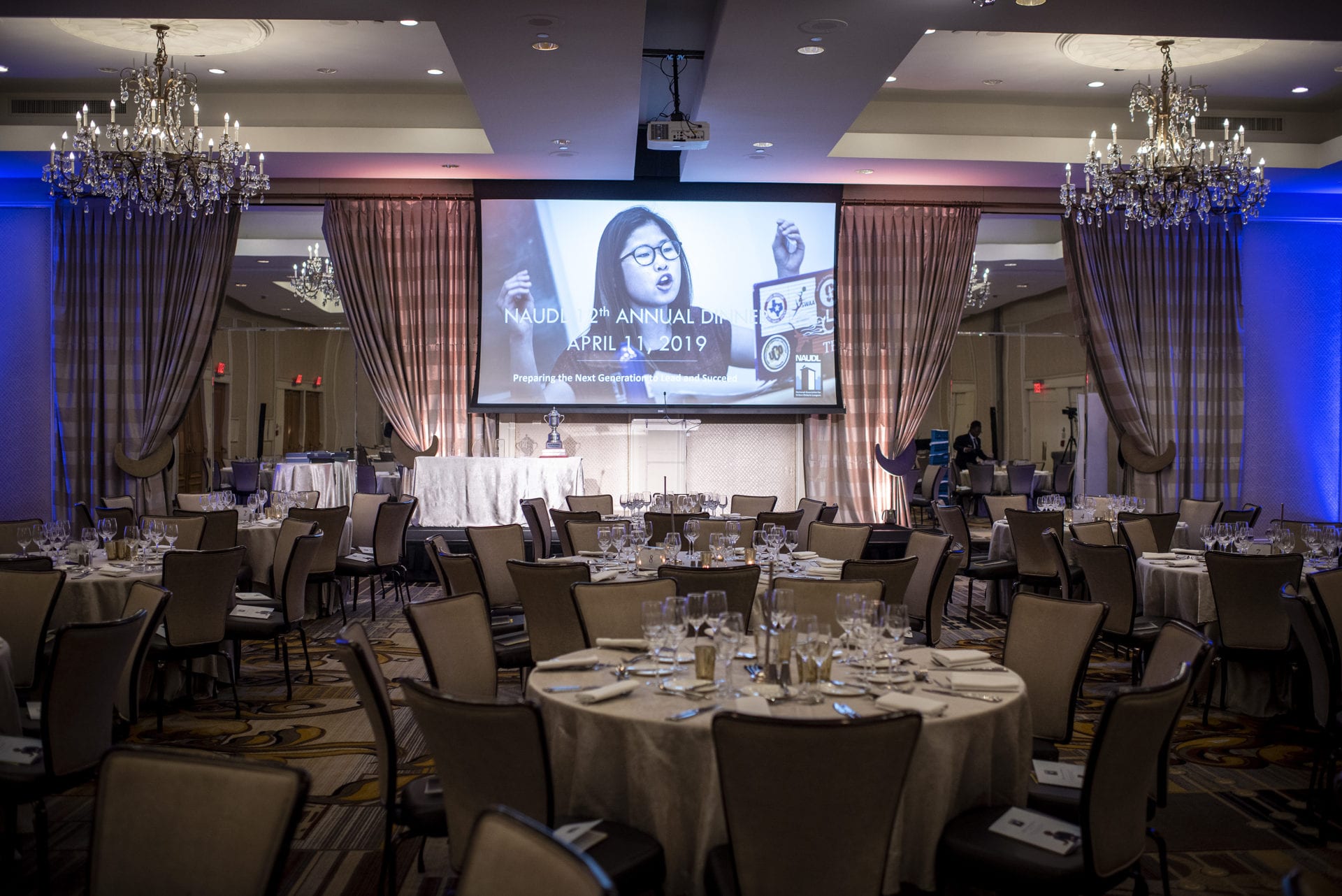 Preparing the Next Generation to Lead and Succeed 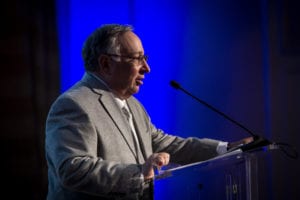 When NAUDL made the difficult announcement a few weeks back that our April 2 Annual Dinner and the subsequent 2020 Urban Debate National Championship (UDNC) were cancelled, we knew we wanted to celebrate virtually those we were so thrilled to honor as part of these signature events. As such, in the next few tabs, and on NAUDL’s social media channels over the next several days, I hope you’ll engage with us as we profile our 2020 Debater of the Year, Debater of the Year Finalists, Coach of the Year and tens of UDNC qualifiers from leagues across the country. It is their dedication to their craft throughout the year that brings the NAUDL mission to life.

We also hope that you will be inspired to give to our Virtual Paddle Raise. Your gift will go directly toward NAUDL’s core programs. These activities further the reach of our 22 league partners — who serve nearly 11,000 students annually.

I want to thank the 2020 Annual Dinner sponsors and donors. While circumstances won’t allow us to share our gratitude in the way that we expected, your financial generosity is vital to our carrying out or work. I also want to extend my appreciation to 2020 Annual Dinner Chair Lenny Gail, the 2020 Dinner Committee, the Dallas Urban Debate Alliance and Southern Methodist University. Your efforts this year will set us up for success in 2021.

In these challenging times for our nation, it is integrity, ingenuity, resilience, and critical thinking that we are seeking from leaders across the world. Qualities that are indeed fostered by debate — and that are encouraged and on display every day across our leagues. That is the power of NAUDL’s mission — ensuring that the next generation of leaders goes forth into their communities, possessing and valuing these hallmarks of character.

Thank you for your support and wishing you well.

Gen. David L. Goldfein is Chief of Staff of the U.S. Air Force, Arlington, Va. As Chief, he serves as the senior uniformed Air Force officer responsible for the organization, training and equipping of 685,000 active-duty, Guard, Reserve and civilian forces serving in the United States and overseas. As a member of the Joint Chiefs of Staff, the general and other service chiefs function as military advisers to the Secretary of Defense, National Security Council and the President.

Prior to assuming his current position, General Goldfein was the Vice Chief of Staff of the U.S. Air Force, where he presided over the Air Staff and served as a member of the Joint Chiefs of Staff Requirements Oversight Council and Deputy Advisory Working Group. Before serving as the Vice Chief, General Goldfein was the Director, Joint Staff, the Pentagon, Arlington, Va.

General Goldfein received his commission from the U.S. Air Force Academy in 1983. He is a graduate of the U.S. Air Force Weapons School and is a command pilot with more than 4,200 flying hours in the T-37, T-38, F-16C/D, F-117A, MQ-9 and MC-12W. He has flown combat missions in operations Desert Shield, Desert Storm, Allied Force and Enduring Freedom. 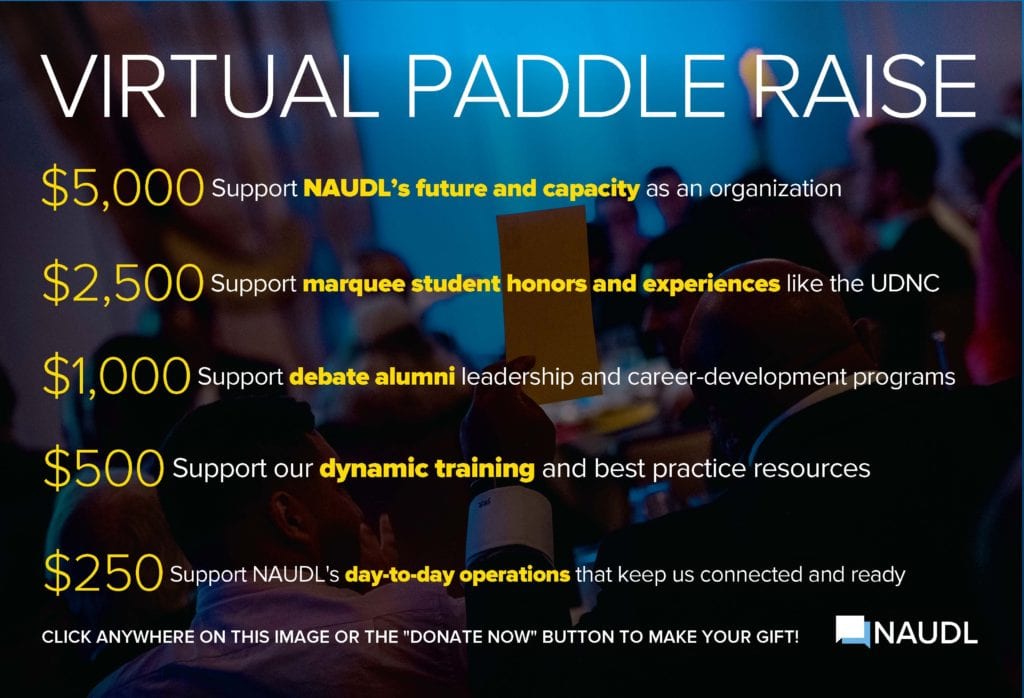 In lieu of the Annual Dinner, our largest annual fundraiser, your support of the Virtual Paddle Raise, large or small, will help to ensure the adaptability and continuity of NAUDL’s program and resources. We are especially grateful for your generosity in these uncertain days, weeks and months to come. With your help, we are more committed than ever to preparing the next generation to lead and succeed.