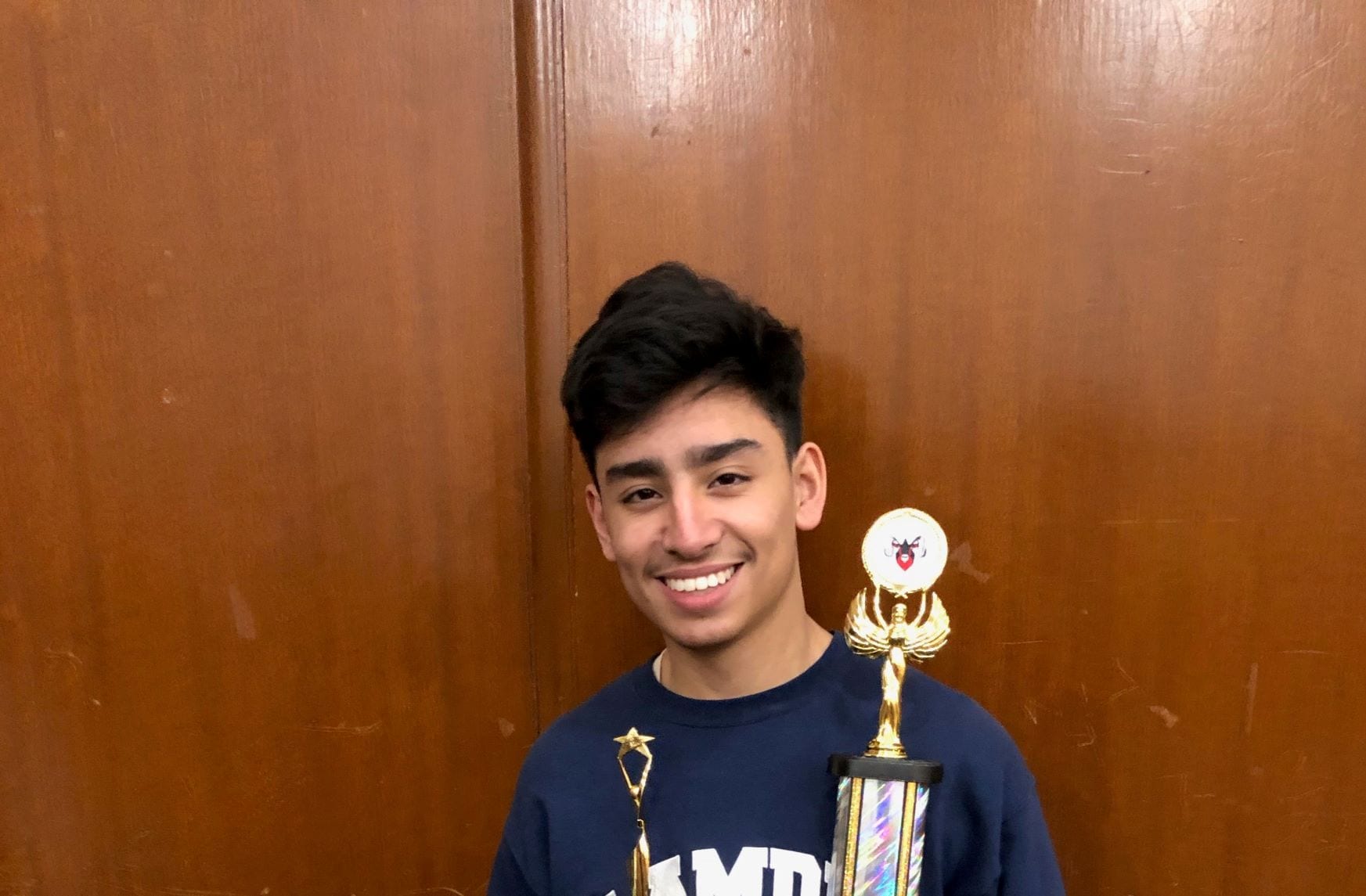 Before being convinced by my 9th grade English teacher Ms. Diaz to join the debate team my sophomore year, I was just another kid roaming the halls, looking for the most opportune moments to garner the worst forms of attention. Whether that was through disrespecting teachers, ditching my fourth period history class, or sneaking inside the restrooms to get high with the wrong types of friends, it seemed that I had no sense of community.  School was clouded by a mist of unreliability, doubt, and I didn’t see much of a future ahead of me. I am the oldest son of two immigrant parents, and none of us knew how to navigate a system never meant for them. I had no one to turn to when I was in need of guidance. I wasn’t diagnosed with depression before debate, but it is easy to see that the environment I was in didn’t necessarily help.

While I can write forever about the benefits that debate has given me — such as giving me college scholarships as a low-income Mexican kid, or the ability to travel places I could have had great experiences at (Rest in Peace UDNC 2020), it is also dangerous to always believe that debate is perfect.

I imagine most of us reading this love debate, but the topic of mental health is always underrepresented in this community. I’ve seen too many great people leave the activity because of toxic environments, anxiety and depression complicated by the stress of over performance, and the over-reliance on substances to keep up with all the pressure. I’ve had those problems, and it all stems from the innate competitive nature of the activity. Too many times, there is an ironic lack of unity in a space touted for the ability to be open. Competition not only divides schools into petty rivalries, but also wedges divides between teammates in order to become the top team in their school. Coaches expect too much out of their “A-Team,” travel punishments are placed if students aren’t mentally able to compete, and the workload that debate requires can be overwhelming — particularly for UDL students who are trying to keep up with the coaching staff at well-funded schools.

Despite all the depression and looming anxiety that still lingers over the next speech I’ll give, debate was worth it because three important figures have not only helped me through my mental health, but life in general.

I’m thankful that Ms. Diaz was my coach because, unlike the coaches mentioned above, she has served as a lead role model. She’s always been supportive of my goals in debate and has given me life advice that I’ll never forget.

I met my best friend (Erin) through debate, but we actually didn’t like each other because of petty high school rivalries. However, after spending three weeks at the Cal National Debate Institute, we spent most of our time together which made us realize we’re not so different after all.  I’ve always confided in her when I didn’t feel mentally there, and to this day, she’s been one my best friends ever since.

Joseph (more properly known as J-Flo) is the reason I didn’t quit debate my senior year. After finding out that I was planning to because of the reasons mentioned above, he sat down with me and we had a discussion of not only my goals as a debater, but my goals in life. [This] made me realize that he wasn’t trying to make me stay because I was competitively successful, but because he knew that, without debate, I’d most likely be lost all over again. I can’t ever express how much I appreciate knowing that even Directors of a UDL make time in their busy schedule to help and guide their students.

As I learned how to twirl the G-2 pen in my hands and steal food from the judges’ room at LAMDL tournaments, there were some major lessons and realizations I had as being part of a UDL and Captain of my team.

First, as LAMDL’s previous Executive Director Cameron Ward says, we all owe a great debt to the community as a whole. We should continue to use the tools we learn in this space and directly use it to impact the communities around us, lifting the same low-income, minority students into spaces where we can all thrive — which is why I still plan to come back and help out Bravo.

Second, along with lifting each other up, we need to be there for each other, and not just when we need a card before the round. For many of us, the debate community is not only a second home, but an even a safer one, even with its flaws. It is our duty to look out for our friends and always check up on each other, because mental health is a very personal and frightening topic to open up about, so we should all work towards making this space one that is comfortable, safe, and available to anybody.

Do NOT follow this link or you will be banned from the site! Back to Top