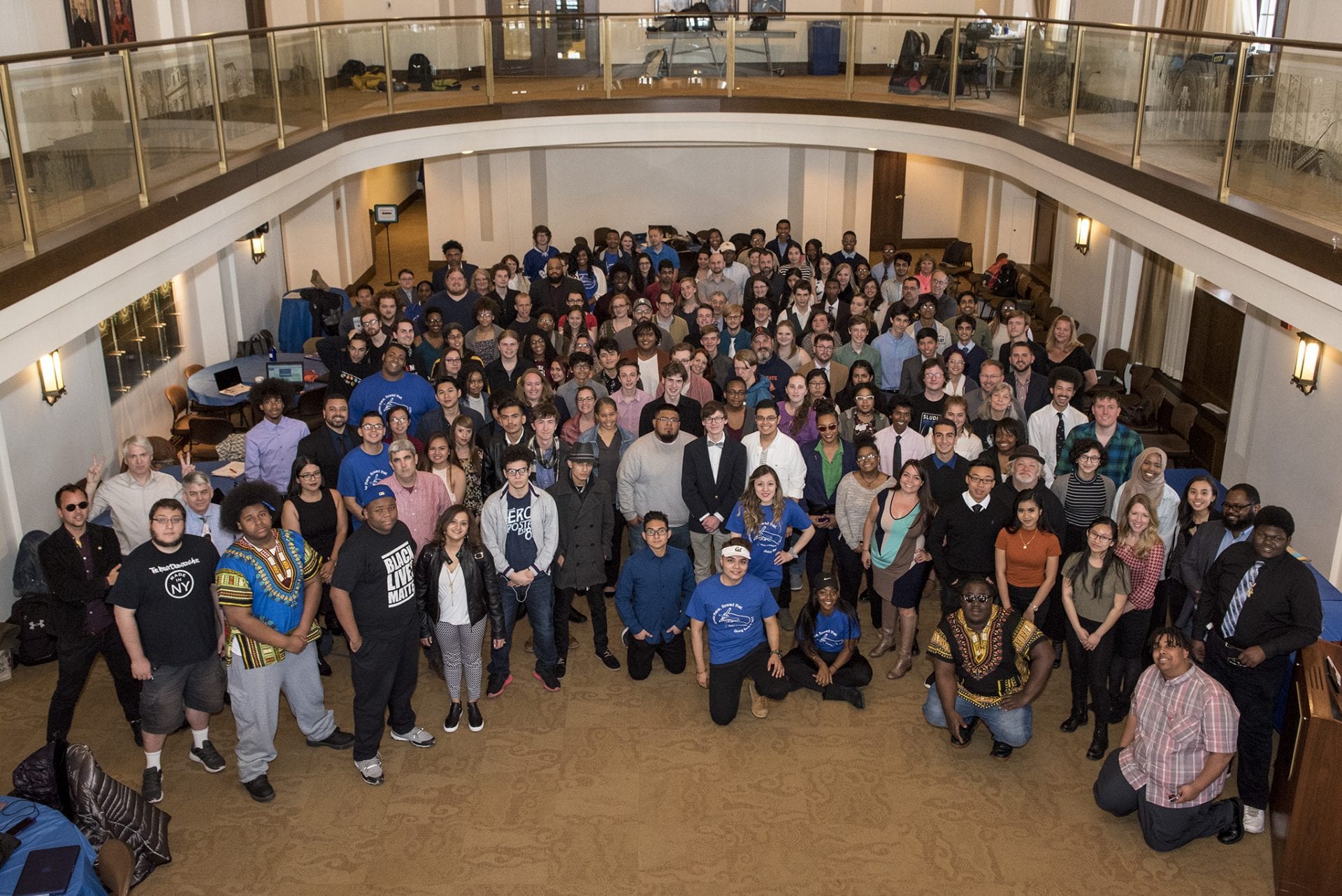 October 15, 2020 – When I checked the box next to “debate” on my high school electives form, I had no idea I was making a career decision. I knew nothing about the types of debate, what tournaments looked like or how that tiny check mark would turn into thousands of hours of research, speeches, lesson planning and judging. I was just a 14-year-old kid who thought she wanted to be a lawyer and debate sounded like a thing that lawyers did.

I was also totally unprepared for the fact that it would take over 20 years in this activity for me to be in a room where everyone looked like me.

Ninth grade me didn’t even know that was possible. I grew up in a rural coal mining community in a place aptly named Carbon County. Approximately ten percent of the people where I grew up identify as Latino. We all grew up being told that we weren’t supposed to see race and I tried hard to do that, even though race always seemed to find my family in uncomfortable ways. I’ve seen the look of cold fury on my dad’s face when he was pulled over for nothing. I’ve sat silently in class while the white kids who weren’t supposed to see race made derogatory comments, including racial slurs, against Mexicans while we were sitting just a few feet away. I knew from the time I was a small child there was a store we never went to because the owner of that store had treated my father poorly when he’d visited once long before I was born.

But I also believed my father, mother, grandparents and many aunts and uncles when they told me the way to get the better of that world was education — specifically turning my voracious love of reading, writing and speaking into a path to college and ultimately a profession. That somehow I could out work the comments. We just all had to have thicker skin.

My family instilled a work ethic and support system that helped me believe in myself, but debate took that work ethic to the next level. It taught me the importance of research and preparation. It gave me the skills to critically evaluate texts in high school that I would not see on reading lists again until I was in graduate seminars in college. It introduced me to scholars and articles that gave me words to articulate the experiences I had growing up. Most importantly debate introduced me to people who challenged my thinking and pushed me to question the history I was taught in all levels of school. I am beyond grateful for the friends who criticized those ideas of “just working harder” and “thicker skin” I’d grown up accepting. However, the one thing debate did not do for me until I was much older is show me a future that looked like me.

In 2016, Luke Hill posted a call for judges on Facebook for a program NAUDL was hosting called “Flip the Debate.” It was a modified public debate series looking at issues from the Presidential Election through the eyes of high school students. I had some free time and volunteered to judge. When I entered the Zoom Room (yes, NAUDL was running debates on Zoom long before the pandemic), I saw I’d be adjudicating a debate between two young Latinas from LAMDL and I had to blink back tears. More than 20 years after I’d checked the box to join debate, I was in a room where everyone looked like me for the first time. It was a powerful moment — one I didn’t even realize I could want, let alone experience. In a fortuitous turn of events, I joined the staff at NAUDL as their National Program Manager later that year.

During my time at NAUDL I have been able to work on a number of projects that have put me in rooms where I see a future that looks like me. I’ve worked with dozens of Alumni Ambassadors who tell jokes in Spanglish and have seen hundreds of alumni head off to college as first generation students. I’ve attended the most diverse debate tournaments in the country and it is the highlight of my year every year to serve as the Tournament Director for the Urban Debate National Championship. As that tournament approaches each year, I remember how much it meant to a 16-year-old Latina from coal country to debate in rooms on the campuses of Stanford and Berkeley and I am mindful that our tournament is more than a competition, it is recreating that moment for dozens of students from 22 different leagues each year.

This summer, NAUDL was thrilled to welcome ten of our alumni from six leagues as paid interns to gain experience in non-profit data, communications and program management. Again I was able to see a future that looks like me working with our Latinx interns for ten weeks. One of them made a profound comment that I find myself reflecting on as Hispanic Heritage Month comes to a close: “Your presence in debate matters.” These alumni brought their lived expertise as debaters to their job every day. They are working to create a more inclusive and equitable debate experience in Dallas, Chicago, Los Angeles, San Francisco, Oakland, Boston and Minneapolis. Their presence, their leadership, their voices in debate matter, and I know all of them will make a difference wherever they go next.

Debate is far from perfect. It is often hard. It can be lonely. But your presence — our presence — in debate matters, and it can have an incredible impact when you least expect it.

Sara Sanchez is the National Program and Communications Manager for NAUDL.